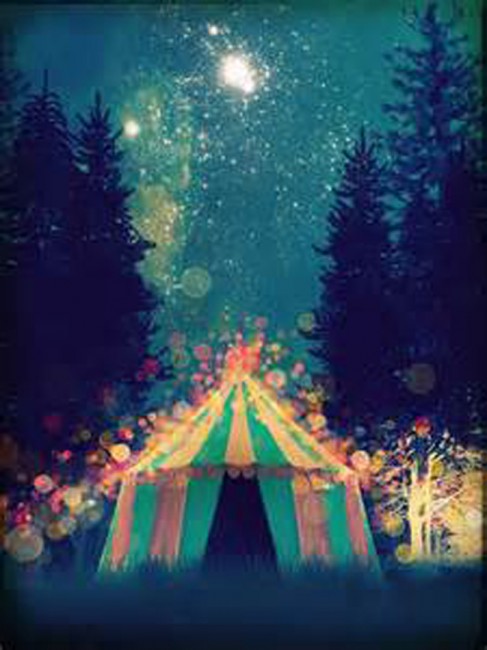 I was enchanted with this show the moment I saw Edward Wren invite two three-year old children into his space. With a gentle wave of his hand they performed a pirouette for him before they sat and they were his. It was such welcoming opening and those two little’ns sat there for a good half of the show, standing when the Barrowman stood or sitting entirely transfixed. It added a real tenderness to the show. It was clear from the outset that we were in safe hands.

Edward Wren is a marvel. He is a consummate multi-instrumentalist who weaves layers of sound, via his loop pedal, with which to clothe his unwinding narrative. This meanders into a great tall tale about a storyteller called Patch (the greatest actor in the world) who is forced to cross a dangerous mountain, inhabited by a giant man-eating snake, in order to tend to his grievously ill father. He encounters the snake who asks him what is the one thing he most hates in the world. Patches’ answer, ‘money.’ In the same exchange the snake tells him that the one thing that can defeat it is people coming together, to cheer and sing and celebrate life.

All this is told with a mixture of song, puppetry and glint-in-the-eye story telling. I particularly enjoyed the mini puppet version of Patch travelling through the audience and the creepy old man puppet that transformed magically into the giant snake – a surprisingly simple yet mesmerising moment of pure theatre. The pantomime dame was suitably and quite wonderfully terrible. Edward Wren is of that rare breed of performer, a man with no shame!

The set is a compact trolley that contains a multitude of instruments, props and puppets and is itself an interesting object, which was used imaginatively and extremely effectively.

The snake is defeated by the audience who cheer and clap and Patch is able to make it to his father’s side. Of course, the snake, not quite dead follows Patch and leaves him the thing he most hates, a massive bag of money, which Patch gives away to poor. His dad, who has never seen anything so foolish begins to laugh and continues to laugh until he is well. Magic.

Edward Wren is a brilliant and very engaging performer who pitches his story, for the most part, exactly right. The song about money was a little too complex for the younger members of the audience whom he had won over at the start – though they didn’t run away they just retreated into the arms of their parents and stayed there to the very end. When I looked over they were completely spellbound. The story is a wonderful tale about rejecting the constant grappling for cash that seems to consume so much of modern life in order to seek a happier existence. If only there were more Edward Wrens in the world.

This is a great show. I have to echo what Xavier says about the storyteller and his musical talents. I do think however there is room for Edward to push some of his techniques. He did expertly get the three young children into his world but he never came back to them. At one moment they stood up when in the story he said, ‘Gather round’ and the teller ignored the children. These kids were there, engrossed and ready to play. It would have been satisfying to see Edward playing back and creating a deeper relationship with them and through them the entire audience. This would have helped him when he needed to call on us for interaction.

I enjoyed the persona of the Edward, laid back and slightly grumpy. This was a very welcoming atmosphere – understated and easy, rather than over enthusiastic as some tellers can be. I did feel however there was room to create a greater difference between the persona of the teller and the character Patches. If this difference was amplified, it would have created another level to the story, an easier access into that third space that we create when we tell a story.

That being said, the music, puppets and general aesthetic created a clear language for the story. It was easy to understand and accessible with a right-on message, which I hope the kids…and adults will take away with them.